We’ve done #TheDarkKnight Side Kicks, We’ve done Bond movies, and now we present you with the First Director rank show, with #ChristopherNolan who some regard as the best director working right now.. We rank all his movies (well the ones he actually directed, and this is what we came up with…. P.S we didn’t think #Inception was all that

Here are Mr. Crosby and The trap god with the Dadbod Kyle XY here to give you their thoughts on Episode 7 of #HBO #LovecraftCountry

Mr. Crosby and The trap god with the Dadbod Kyle XY here to give you their thoughts on #HBO #LovecraftCountry The Good, The Bad, and the Ugly

Synopsis: In the throes of the Korean War, nursing student Ji-Ah crosses paths with a wounded Atticus, who has no recollection of their violent first encounter.

#Homelander and #Stormfront become a power couple, and Billy basically reunites with his #Theboys Kyle and Moe are back to Review

Better Late than never!!! Here are Mr. Crosby and The trap god with the Dadbod Kyle XY here to give you their thoughts on #HBO #LovecraftCountry The Good, The Bad, and the Ugly

We were here for season 1 and now we’re back with season 2 of Amazon’s #THEBOYS
following your faves #Butcher, #Homelander, #Kimiko, #Starlight and new Addition #Stormfront .

Join Us as we Discuss and Breakdown Each Episode 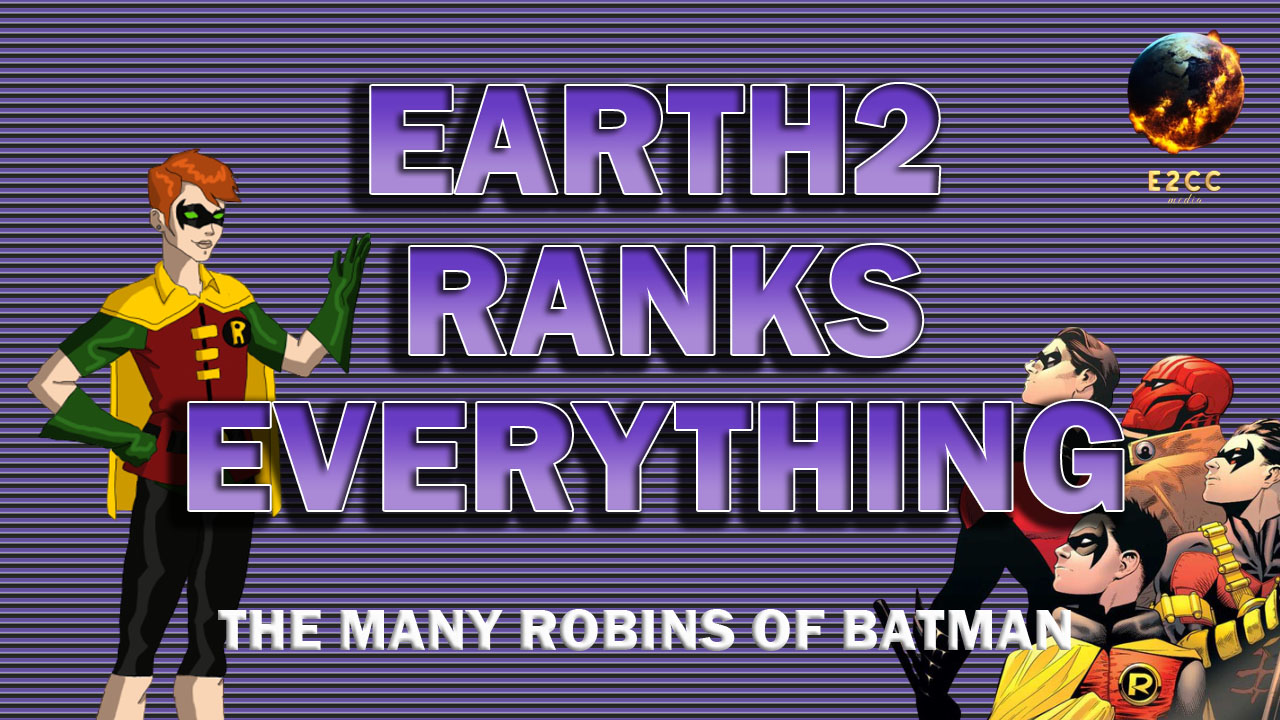 The Earth2 Team will be ranking every Robin that has ever sidekicked for Batman this Sunday: Septmeber 13th at 4:00pm Eastern Time. Join us live on YouTube.

Like many of you, I enjoy binging my series and movies on Netflix, Hulu, Amazon Prime, HBOMax, and Disney+. Also, like many of you, COVID-19 has forced me to stay home more then I would like, along with taking a lot more added precautions before interacting with others. The real concern of the pandemic has caused a lot of damage to several companies, including bars, clubs, restaurants, sports, and movie companies. For example, Maryland lost more than $250 million in sales tax revenue in April, due to the shutdown. Shows like Ozark have become saviors to the idol mind because of the timing of the release. Some shows, like Good Girls, had to end their season early due to the realistic threat of COVID-19. Some movies, set to release in theaters in 2020, were pushed back due to fear of studios losing money. While Disney appears faithful with the idea of releasing the movie New Mutants on August 26th, and some other studios are releasing movies on On-Demand, Disney made an interesting decision, releasing their live action movie Mulan on Disney plus for $30.

Here’s where things are interesting, I purchase movies on iTunes to own, I watch them on my phone, tablet or Apple TV, I download them on my devices to watch when I’m on a flight, or at work. I also pay subscriptions to watch movies. Why would I pay a subscription service to watch a movie and content, then pay an additional fee to watch a movie on that service, knowing in a few months Disney will release the movie on the service? One answer, supply, and demand. The world has changed, COVID-19 has wrecked our 1st world luxuries and conveniences, such as sports events and movies. Disney is not in the business of losing money. They also aren’t in the business of being second fiddle. In 1989 Warner Brothers released Tim Burton’s Batman, starring Michael Keaton. 20th Century Fox released X-men in 2000, Sony released Spider-Man in 2002. Disney saw Superman, Batman, and Wonder Woman hang out with the Loonytoons for convenient product placement and needed something to compete. Along came the Marvel Studios and The Avengers, Disney has not looked back. When Sony released The Interview in 2014, the studio made $15 million from the comedy. They could have made more from the theatrical release, but there was a real controversy stemming from the film and leaked emails. In 2018 Disney won a bidding war with 21st Century Fox, purchasing the media company, all of its properties, and a majority stake in Hulu for $71 billion dollars.

When the Movies like You Should Have Left, Irresistible, Capone, Trolls World Tour, and Onward were streamed due to COVID-19, Disney weighed the risk versus rewards from releasing movies like Mulan and Marvel Studio’s Black Widow. Disney didn’t get into the streaming service just to be a contender. They got into it to be a champ. What is the championship belt? Revenue! Cash is king, and the Disney theme parks have already lost $5 Billion due to the Coronavirus. Netflix has made a ritual of releasing original title movies all the time. Netflix might go up on subscription fees, but they have never charged for the movie. In July, Netflix grossed $6.33 billion. Hulu, which is now majority owned by Disney, used advertising in the past, which to this day I find insulting that I pay my hard-earned money, and you will still advertise to me like network television. HBOMAX is a new player in the game, they haven’t had a rate hike yet. But, Netflix has been blamed for the death of the video rental industry (Blockbuster and Hollywood Videos). Netflix was also being blamed for the slow death of the movie industry.

In recent months there has been a lot of discussion of Amazon acquiring AMC Entertainment. Disney, again not playing second fiddle, knows Mulan is a highly anticipated film, along with the Avatar sequels, and Marvel Studios movies. If this test run of Mulan being $30 proves successful, how does this change the face of the entertainment industry? Do companies, like Netflix, charge an additional fee for their releases. Mark Millar signed a multi picture deal with Netflix, do we pay to watch Jupiter’s Circle, Nemesis or MPH on the streaming giant? Do we pay for another Breaking Bad movie? Do we pay for a Walking Dead Movie? If this is successful, and it appears Disney has picked the right movie to test this out with, you know corporate greed will lean towards yes. Years ago, the idea of paying $1,000 for a cell phone was laughable until the iPhoneX was released, now the rest is history. Almost a decade ago, paying $300 for headphones to listen to while on the bus stop was a joke until Dr. Dre placed his name on some Monster headphones. The idea of paying to play a video game online was a joke until Microsoft decided to charge for subscription service for X-box, Playstation followed suit with the release of the PS4. Video game companies constantly sell downloadable levels and characters instead of the whole game at retail value. The realm of digital corporate greed is very evident and looks for new ways to devour your pockets while many Americans rob Peter to pay Paul during this pandemic. So I pose you all this question, is Disney+ the Trojan Horse to the streaming service, and will they kill how we experience in-home convenient cinema? I don’t have a magic 8-ball, but I think we are about to head down this path, my friends.

-Dr. Kyle S. Berkley aka Kyle XY aka KB “Trap God With The Dad Bod” @Berkley4Us on Twitter and Instagram