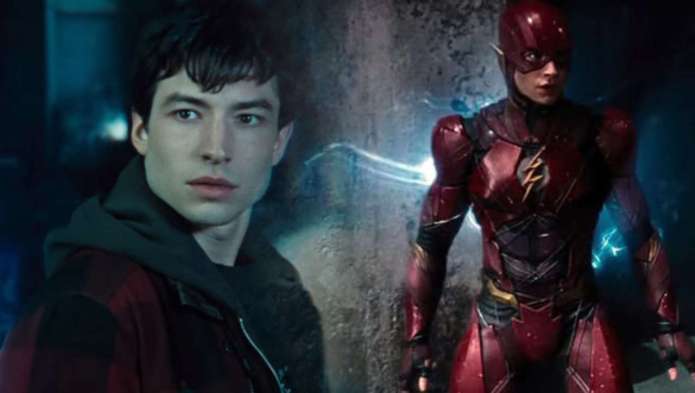 Last month news broke out from Variety  that announced  John Francis Daley and Jonathan Goldstein directors for the upcoming film Game Night and who also worked together on the screenplay for Spider-Man:Homecoming, will be taking on the role as directors for the long awaited DC film Flashpoint!

Now when this news broke out many people reacted differently, and for the most part many of the fans were shocked by the news. Reasoning for why some fans were shocked is because both John Francis Daley and Jonathan Goldstein were known to have worked on another superhero film Spider-Man:Homecoming, and for the most part a lot of DC fans felt uneasy by the news mainly because they felt the recent spider-man film was more of a comedy than a superhero film. With Flashpoint being wildly known for being one of DC’s darkest stories in history, some can understand why some fans felt uneasy. Others were happy at the fact that the upcoming Flash film finally had a director period, and that too is also understandable.

Now instead of giving you a whole article about how I feel about John Francis Daley and Jonathan Goldstein taking on the helm as directors for Flashpoint, I’m instead going to give you my thoughts on why I think Flashpoint could be DC’s next best film and what can be done to make that possible.

The story does not need to be exactly like the comic book:

Now usually when a beloved comic book story is being made into a film, fans tend to get worried and lash out sometimes because they’re afraid that the movie might not be exactly like the story they read as a child and in all honesty I think it is great thing that, for Flashpoint to not end up exactly like the comic book storyline, but to instead take inspiration from it, and create something new and inviting to both old fans and new.

If films were exactly like the stories we read in books, then there wouldn’t really be a point in seeing the film, because as a fan you probably will know what is going to happen which might ruin the surprise factors for the film. On top of that, studios will have trouble grabbing the attention of people who don’t know anything about the source material and don’t gravitate to the original stories in the book. Giving original content can a lot of the times open opportunities for new and amazing stories to be told. And I think that’s what this film needs to do which is, be different and be its own thing entirely while taking inspiration from past stories. 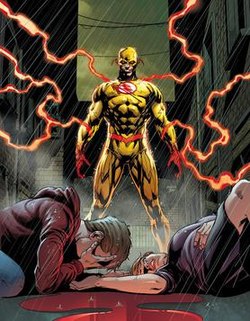 In the flashpoint comic book storyline, Reverse Flash is eventually revealed to be the villain, but has already shown to have come into contact with barry once before already. Something Flashpoint can do is set up its storyline different from the comics where instead of barry allen being the cause of flashpoint, we can have professor zoom be the cause instead. We can have barry thrust into a new reality due to reverse flash and have him play the mystery figure that is tipping things out of balance, and it later could be revealed in the third act that not only does other speedsters exist besides barry, but the reason reverse flash takes on these actions is because he comes from the future to ensure he becomes the one and only flash by erasing barry’s present reality forcing barry to race against time to stop him before the changes become permanent.

I think this idea works because not only does it surprise fans who are familiar with the graphic novel, but it can also cause an interest in the audience to want to know more about the other speedsters, the speed force, and barry allen’s world as a whole as well.

In the graphic novel storyline, Barry Allen is already shown to many viewers to have already taken on the mantle as The Flash. This film can have Ezra Miller’s barry allen continue from the young student he was in Justice League, to eventually transforming into the barry allen that becomes more understanding of his powers, and more aware of why his abilities need to be taken seriously to prevent certain situations from happening such as the one reverse flash causes in this film. Seeing Ezra’s Flash being introduced into a new reality while taken on a villain who has the same abilities as him for the first time, can come off as a surprise to the audience and seeing how he deals with all these ramifications could allow for a student becoming a master sort of story, that I think can be really cool.

I think the two directors helming this film can pull off something amazing, and really give both new and old fans a movie that can have a serious tone to it similar to Inception or Looper, but also have fun elements added to it as well. I’m not familiar with all of the work done by both John Francis Daley and Jonathan Goldstein, but I did enjoy what they did with Spider-Man:Homecoming, and their recent film Game Night is also said to possibly be one of the reasons as to why Warner Brothers approached them in the first place, because of the serious film it was along with fun elements mixed with it. I hope you all enjoyed this article. I thought with the recent news that came out today from collider, discussing this film and the possibilities that can come with it would be a cool idea to do. Let me know what you think about the recent news circling this film. Have a great day everyone!

If you want to read up on more of the recent news concerning the Flashpoint film check out the links below:

Flash directors reveal how they landed the job: http://collider.com/flashpoint-directors-explained-john-francis-daley-jonathan-goldstein/