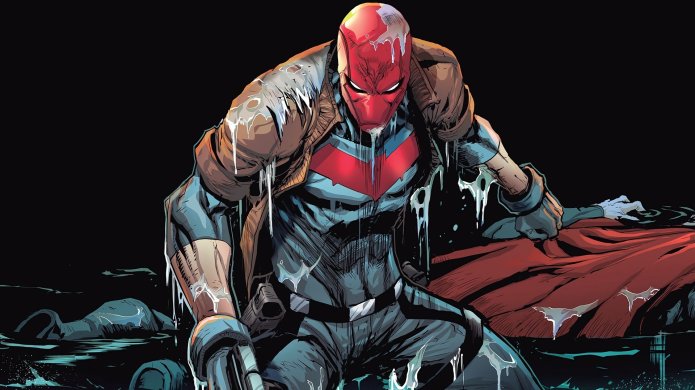 Warner Brothers just recently announced their upcoming films for later in the year and early next year and during their Hall H panel at Comic Con, they announced a new name for their  banner of upcoming DC films. That banner being:

Now this title can mean a lot of things, but giving the recent announcements of all the upcoming DC films that were made during the year, one can only help but wonder will this new name have any significance to the change of approach WB has decided to take with their DC films going forward? Well… that’s what it looks like, and the new title is a fantastic way to get that idea across to the public.

Earlier this year it was announced by WB that a solo Joker film was in the works with Todd Phillips directing and co-writing the script with Scott Silver, along with Martin Scorsese possibly producing. Joaquin Phoenix is said to be playing the clown prince of crime himself, and the film is slated for a release date of October 4th 2019. The film is said to be a “exploration of a man disregarded by society that is not only a gritty character study, but also a broader cautionary tale.”

The idea of a film like this is very exciting because it opens the door to so many other talented directors out there who may want to tell an original story of their own that isn’t necessarily focused on connecting to an already existing universe. Worlds Of DC is an excellent title because it indicates that there is multiple worlds going on in the DC Universe, and not all of the DC films have to be of the same world and connect with one another. It’s freeing, and overall a very cool idea. In this article, I wanted to talk about another  potential DC film that can possibly get a greenlight with the new title “Worlds Of DC.”

A Jason Todd solo film that focuses strictly on the life of Jason Todd, and his view points on Gotham City and how and why he blurs the line of being almost a hero, to a vigilante, to almost a villain.

For many who aren’t aware of Jason Todd’s origin, Jason at a very young age had a troubling childhood due to his toxic upbringing. His mother Catherine Elizabeth suffered from drug addiction and depression, and his father was a thief who also taught Jason how to be one when he was younger as a way to survive which eventually led him into getting into trouble on his own. Sometime later his father passed away in prison, and his mother also passed away due to an overdose. Sometime after that, Jason runs into the Batman himself, and Bruce decides to adopt and train him to be the new robin as a way of setting him on the right path. Unfortunately that doesn’t last long as Jason begins to disobey Bruce and take on the Joker by himself which leads to his eventual death. Taila Al Ghul, daughter of Ra’s Al Ghul resurrected him using the Lazarus Pit which has the ability to resurrect the dead, but makes whomever uses it more violent. Jason already holding in a lot of anger due to his past, becomes increasingly violent, and becomes a vigilante with a new name Red hood. Jason would go against the morals Bruce taught him, and choose to instead kill his enemies believing Bruce no longer new how to handle crime which persuaded him to take things into his own hands, which would later put a strain on his relationship with Batman.

Allowing new audience members to see why Jason Todd looks at the world the way he does, and why he is willing to cross the line of being strictly a good guy, but instead is forced to or is willing to become a monster if not worse than the monsters he faces in crime, so that he can make his city a better place can be a really interesting plot to see unfold for a solo film.

The idea of a Jason Todd film is a great idea, because it allows people to see that this isn’t just a kid who was picked up by Batman to be a sidekick, but instead he’s a kid that Batman realized had a dark tragic childhood that he has had to endure. A childhood that in a lot of ways is more tragic than bruce’s own.

Allowing people to see something like that can allow them to resonate with Jason Todd before we see him become the cold vigilante Red Hood. What makes great characters is characters that us as individuals can look at and tend to agree with even if that character is maybe written to be a villain. It is stories that can emotionally grab our attention, and make us question our views on things once we walk out the theater.

One of the best things about Jason Todd is that, he is above all else human. And I don’t mean the obvious such as him not having superpowers. He has gone through a lot of tragedy for a young age that is very real for so many people today. Especially children who have had to go through the things he’s gone through. Creating a film based on Jason Todd can allow people to really have an idea of how hard it is for other people who have been where Jason Todd is at, and it can allow the audience to think or question their own self, and their own morality based on the actions they make everyday. Films that can both emotionally and mentally capture an audience are always the best type of films no matter what genre it is in, and have always been films that stick with people for years.

The tone of this film can easily be a dark crime thriller that is centrally focused on a young man who has lost everything. No longer has a mentor to guide him, is now angry at the world, and decides to almost become a dictator in order to save the innocent from suffering the same fate he suffered. Being able to show Jason’s cynical view on society, but also being able to show the raw humanity in the character as well, can lead to a powerful performance and a powerful tone that the film might need in order for the audience to resonate with him.

The choreography for this film has to be heavy on action. Jason Todd is a character that is known to be the second robin after Dick Grayson, and was trained by Batman. On top of that, he’s a much more brutal character than Bruce Wayne is, so showing the difference in how the two fight can also give off a feel of how different their personalities are as people. Showing that where Batman never crosses the line of taking a life, he chooses to restrain himself, and Jason no longer caring about restraint, chooses to emotionally add his anger into how he fights which shows a difference between the two.

Those are my thoughts on why I think a Red Hood film would be a good idea, and why I think focusing on a story centered around Jason Todd would be very cool. Having a character that is both a protagonist, and treads the line of possibly becoming an antagonist is very unique and makes for an interesting story if handled by the right team of writers, directors, and actors that care about the project, and care about telling the story of a broken young man, who is very close to walking the path of redemption or walking the path of becoming like his enemies. Let us know what you all think of this article, by sending us a tweet on our twitter page, or sending us a message on Facebook. Hope you enjoyed this article, and have a great day!