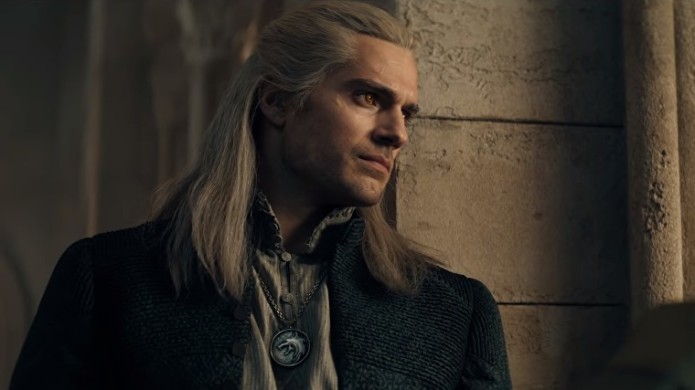 Day 2 of Comic Con was nothing short of amazing & filled with loads of surprises! One of the biggest being Netflix’s most anticipated Fantasy Drama Series The Witcher! Based on the widely popular & beloved novel series written by Andrzej Sapkowski.

The premise goes as follows:
“Geralt of Rivia, a solitary monster hunter, struggles to find his place in a world where people often prove more wicked than beasts. But when destiny hurtles him toward a powerful sorceress, and a young princess with a dangerous secret, the three must learn to navigate the increasingly volatile Continent together.” 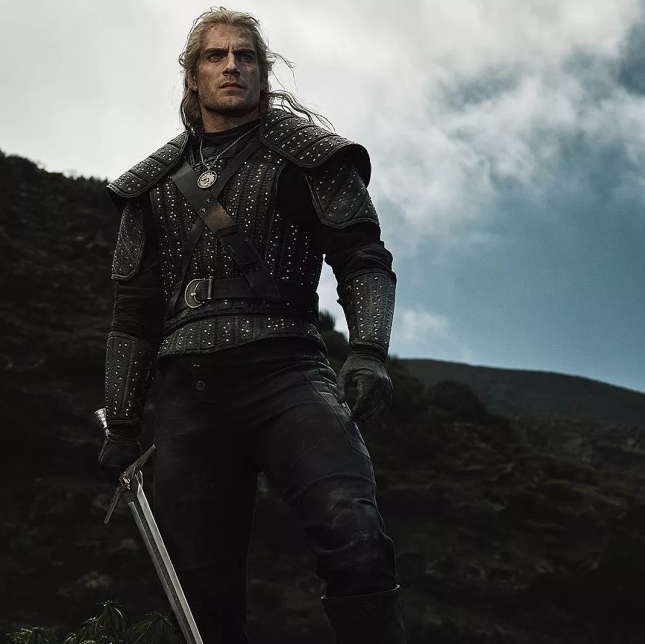 Details about the show was finally revealed to us on Friday during a Hall H Panel hosted by Yvette Nicole Brown & fans were met by three of the main leads Henry Cavill, Freya Allan, & Anya Chalotra along with executive producer, & showrunner Lauren Hissrich who’s best known for her work on previous critically praised shows such as: Daredevil, The Defenders, Power, Parenthood, & the most recently released Netflix series The Umbrella Academy. So I think it’s safe to say The Witcher is in pretty good hands from the looks of it.
Henry Cavill being a massive fan of both the games & the books explained very early on that not only was he the first to approach Hissrich about the role of Geralt but that it was a dream come true for him once he got word back that he indeed got the gig!

Entertainment Weekly was lucky enough to do a brief interview with the cast of the epic series where Cavill finally shared his thoughts on what the role Geralt meant to him, why the world of the Witcher is vastly different from so many folklores we’ve seen before, & what makes it so relevant to our current society today:
“I think it’s a fantasy series which uses all the regular fantasy tropes — gnomes, elves, dwarves, monsters, heroes,” Cavill says of the show. But at the same time, “it really dives deeply into very real-world issues that we experience — racism, social injustice, the nature of politics and how they affect on our world dramatically on a daily basis. It’s all the fantasy stuff and more — all the fantasy stuff but with very, very recognizable themes.”
Hissrich met with over 200 other actors before finally deciding on Cavill as her lead & knew right away from his first audition that he was the perfect choice mainly due to his passion & genuine love for the franchise.
Lauren Hissrich on the process that went into casting Henry Cavill:

“Henry is a huge fan of this property. He’s read all of the books. He’s played all the games. I met him at the very beginning of the process. He said, “I would love to play this character.” I said, “Henry, you’re amazing, but we haven’t even started thinking about casting yet.” Then I met 207 other possible Geralts. And I came back to Henry at the end. He was my very first meeting and four months later I called him and asked if he was still interested and he was. The first time I met him I hadn’t even started writing the scripts yet. And once I started writing I couldn’t get Henry’s voice out of my head for the character. Looking at the final product, it’s really exciting. He embodies Geralt in a way that I don’t think anybody else could.”
Freya Allan who many may know as young Minerva on AMC’s Martial Arts Drama Series Into The Badlands, will be playing Princess Ciri.

Details on her character have been for the most part kept under wraps, but Lauren Hissrich was willing to share some words on how she went about casting Ms. Allan for the role:
“We went about seeing over 200 young women from across Europe… but then we met Freya. She read for another role. I actually went to London to meet with her in person and we knew it right away. “
Words from Lauren Hissrich on Freya Allan with Entertainment Weekly:
” I think that anytime you’re doing casting and you’re casting something that has a lot of existing fans you’re going to get a lot of opinions about whether it matches fans vision. This franchise has millions of fans. We knew we weren’t going to make everyone happy. As you know, per the controversy, we looked at everyone possible for this role. And when we found Freya we made her an offer that day. She’s incredibly special. She’s young, yet has the soul and maturity of somebody much older. She was able to bring a depth to this character. When Freya is in a scene with Henry they really rival each other.”
Anya Chalotra who’s also a new upcomer in the spotlight will be playing the role of the powerful sorceress Yennefer, & was able to share some minor details revolving her character & the mindset she’s in when we’re first introduced to her on screen:
“Yennefer is on a journey of self-discovery. We look at not only her powers but her vulnerabilities and that makes her the ultimate survivor. “ 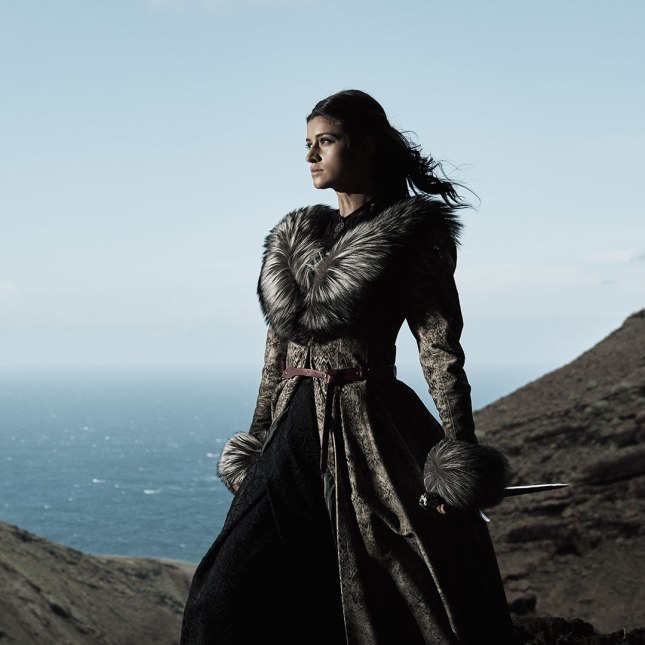 One of the writers of the show Beau DeMayo had this to say about Anya Chalotra’s casting:
” Anya is a star and someone who instantly got the complexity, thoughtfulness, sexuality, and power of Yennefer. “
Fellow cast member Therica Wilson Read also had some very kind words to share about her co-star Anya’s performance:
” She’s one of the most talented, dedicated, and absolutely fantastic girls I have ever met and worked with. “
Given the controversy that surrounded Chalotra when she was first bought on to the project in September of 2018, it’s good to see the well deserved praise she’s receiving and I for one can not wait to see her in action & prove all the trolls wrong once the series finally drops online!

WHAT MAKES THE WITCHER SUCH A COMPELLING STORY FOR EVERYONE:

The Witcher has already been described by showrunner Hissrich herself to be a very adult show, & will not hesitant at any expense to go as dark in tone as necessary in order to do the novels justice. Speaking with Entertainment Weekly she says:
“It’s a very adult show. I will add it was important to me that any violence or sex drives the story and is not there just for shock value. I think audiences are really savvy and know when we’re doing stuff to just shock them versus do stuff that really drives the story.”

If you’re wondering why this series is so unique compared to other fantasy shows that have come before it, Hissrich had this to share:
” The monster and horror aspect. It’s been done occasionally on fantasy shows but it takes a backseat to magic a lot of the time. Geralt’s a monster hunter so from the very beginning we talked about how to show these monsters and the humans they interact with. I think people are going to be surprised by how many monsters we were able to do and how integral they are to story. It really feels like the monster stories become analogs for bigger things happening in the world right now in different political phenomenons.”
The last bit of exciting news to come out of the panel, was that we finally got our very first look at the official teaser trailer released online worldwide from Netflix! And I’ll just say…. WOW! Anyone that may have had doubt before, will be turned completely around after seeing this. It is Glorious!! The budget behind this series is no joke. From the set pieces, to the costume designs, it is in every way a visual spectacle, & looks to be something truly extraordinary.

Lots of people have been wondering if this show will be the answer to HBO’s Game Of Thrones. It’s a bit of both. In terms of scope sure, but Lauren Hissrich has been very vocal in saying:

” People say to me all the time: ‘Do you think this show could be the next Game of Thrones?’ I’m a huge Game of Thrones fan. I don’t think people need ‘the next Game of Thrones.’ I think when people ask that they mean, ‘Can this show be as successful or renowned as Thrones’? God, I hope so. What Game of Thrones did is it showed the world that fantasy wasn’t just for a niche audience and fantasy could be acceptable for everyone and that these are stories of humans interacting with each other in a heightened world. I think Game of Thrones paved the way and I’m really grateful for that show.”
To be honest, she’s right. The Witcher doesn’t NEED to be the next Game Of Thrones, because we’ve already gone through that ringer before. The whole reason why so many of us choose to invest ourselves into these fascinating fictional worlds whether it be through books, television, film or all of the above is because we’re given new original heartfelt stories from so many different writers across the globe that aren’t made to be in competition with another but instead just broaden our love for the fantasy genre even more. That’s all any of us can ask for at the of the day.
No release date has been announced yet, but its already been confirmed that the show will be premiering sometime around late fall of 2019. So it shouldn’t be too long before we hear something soon.
Overall I have to say, I’m very impressed by everything I’ve seen. I don’t think this will be a disappointment by any means, & I’m sure it’ll be another massive hit for Netflix! Be Ready!

(Watch the full Hall H Panel recorded from Variety by clicking the photo below): 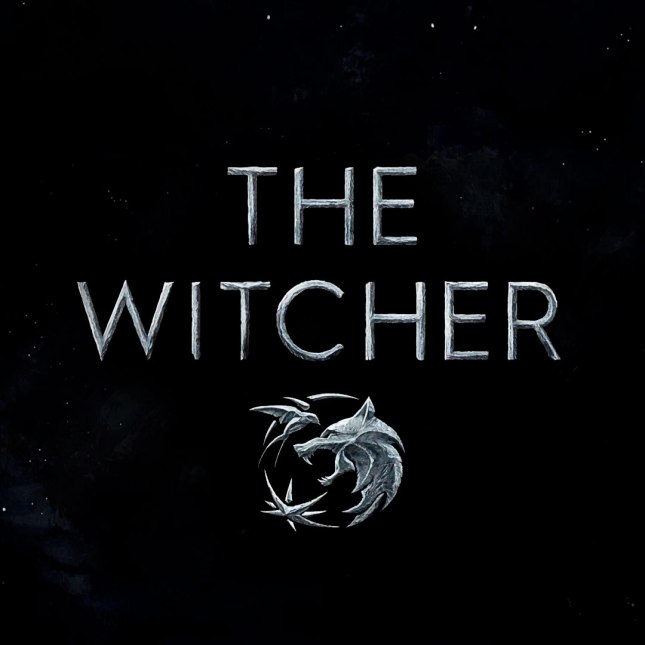 Keep a look out for any more info we cover on the show in the future, & let us know your thoughts on the trailer! Did it win you over? Did it not? Are you not completely sure yet & just waiting to see more first? Let us know by sending us a message to our Twitter pages @earth2comiccast & @tweet_JVS or our Facebook pages Earth2comiccast & JVS. Thanks for reading. Hope you all have great day, as usual stay safe out there, & until next time. Peace!